/site/page/40 Forever Family Foundation - 40
The Medium Explosion, written by Bob Ginsberg, has been published. All Profits Go to FFF. Buy The Book X

Bob's undergraduate degree is in English, but his working career was in the insurance business. He started investigating survival of consciousness in 2003 seeking scientific evidence of life beyond the physical. He is Forever Family Foundation's Vice-President, Editor in Chief of Signs of Life Magazine, and heads the Medium Evaluation Certification Program. 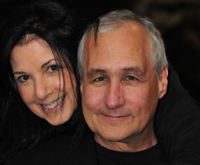 Phran's undergraduate degree is in Fine Arts, but in her full time volunteer position as Director of Forever Family Foundation, she relies upon the skills learned while securing her MBA, working in the corporate world, owning her own businesses, dabbling in politics and navigating through the cut-throat world of PTA! She not only utilizes her business acumen, but always incorporates her intuition and inner knowing as she navigates the myriad of Foundation duties. She is involved in every facet of Foundation operations and is the glue that holds the organization together.

Doreen Molloy is the author of Proof Positive: Metaphysical Wisdom

and maintains a private practice in Union City, New Jersey as a psychic medium. 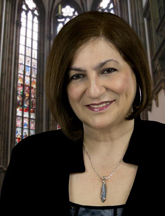 Doreen also teaches workshops on Psychic Development, Mediumship Development and Introduction to Tarot. Some of her abilities include remote viewing, clairvoyance, clairaudience, clairsentience and psychometry. She is also now developing her abilities as an astrologer. Since 2008, Doreen Molloy has been participating in mediumship research at The Windbridge Institute for Applied Research in Human Potential in Tucson, Arizona, where she is a Level 5 Windbridge Certified Research Medium [WCRM] and serves on its Medium’s Advisory Board. Doreen is a Certified Medium of Forever Family Foundation, and serves on its Medium Advisory Board as well. She is a Certified Grief Recovery® Specialist. Doreen's professional website is www.doreenmolloy.com.

Tom has a keen interest in survival of consciousness and has spent a good deal of his private time studying the evidence. 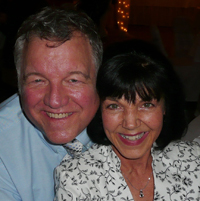 He is an educator by profession, but also holds a law degree and has been a musician for his entire adult life. His band, "Bossa Nova Beatniks," is well regarded in music circles and continues to perform in various venues.

Melissa Gould grew up in a family that was open to many of the things that Forever Family Foundation now studies. She enjoyed a wonderful career as a professional baker, and now holds a master's degree in Special Education, her current field of work. She also manages her own business, Hugz From Heaven, and is the author of Dream Job

. Melissa has obtained certification from The American Academy of Grief Counseling, and is continuing her studies in this field. 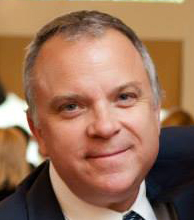 Roman Karpishka, a friend of Forever Family Foundation since 2010, is a Canadian-born afterlife enthusiast who became interested in the pursuit of spiritual knowledge after the tragic and untimely passing of his son in 2009. In addition to being a research analyst for the New York State Comptrollers Office, Roman has been a "pretty okay" guitarist for over 35 years, currently playing in two different bands. As part of his pursuit of afterlife knowledge, Roman has enthusiastically lent a helping hand to Forever Family Foundation over the years, as both a volunteer and guest host of the Signs of Life Radio show. 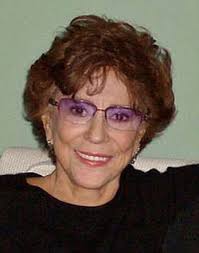 Betty J. Kovács received her Ph.D. from the University of California, Irvine, in Comparative Literature and Theory of Symbolic/Mythic Language. She has studied and taught in Europe and the United States. She has also served many years on the Board of Directors of the Jung Society of Claremont in California, and sits on the Academic Advisory Board of Forever Family Foundation. Dr. Kovács is author of The Miracle of Death

and her forthcoming publication The Merchants of Light. Her work can be further studied at www.kamlak.com.

Kimberly Saavedra is Owner and Director of The Kamlak Center, a publishing company and teaching center that focuses on survival of consciousness, transformation of grief, and deeper orders of reality. She received her B.A. in Philosophy from UCLA. Learn more about the work of The Kamlak Center at www.kamlak.com.